On 8th March 2022, 8 children from Yr6 played in a netball tournament at South Farnham school. 10 schools were competing to win a lovely shiny trophy. PG won all 4 matches in their group stage which meant we were top of our group and progressed to the final. Despite a slightly nervous start and being a goal down we came back strongly and won the match 4-2 to be tournament winners.

Everyone was very excited and Mrs McDonald was extremely proud of the whole team. 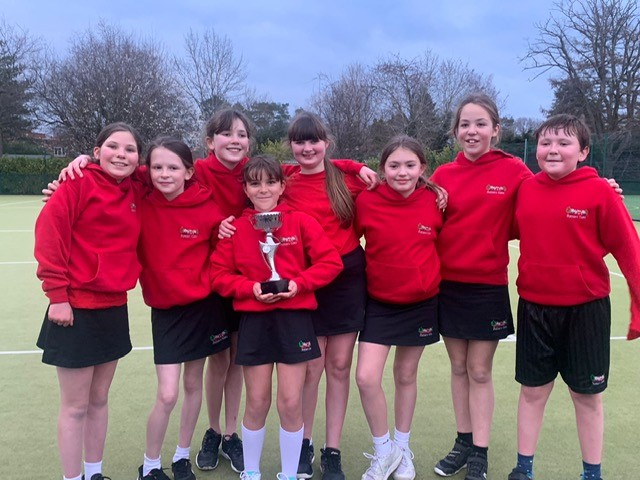 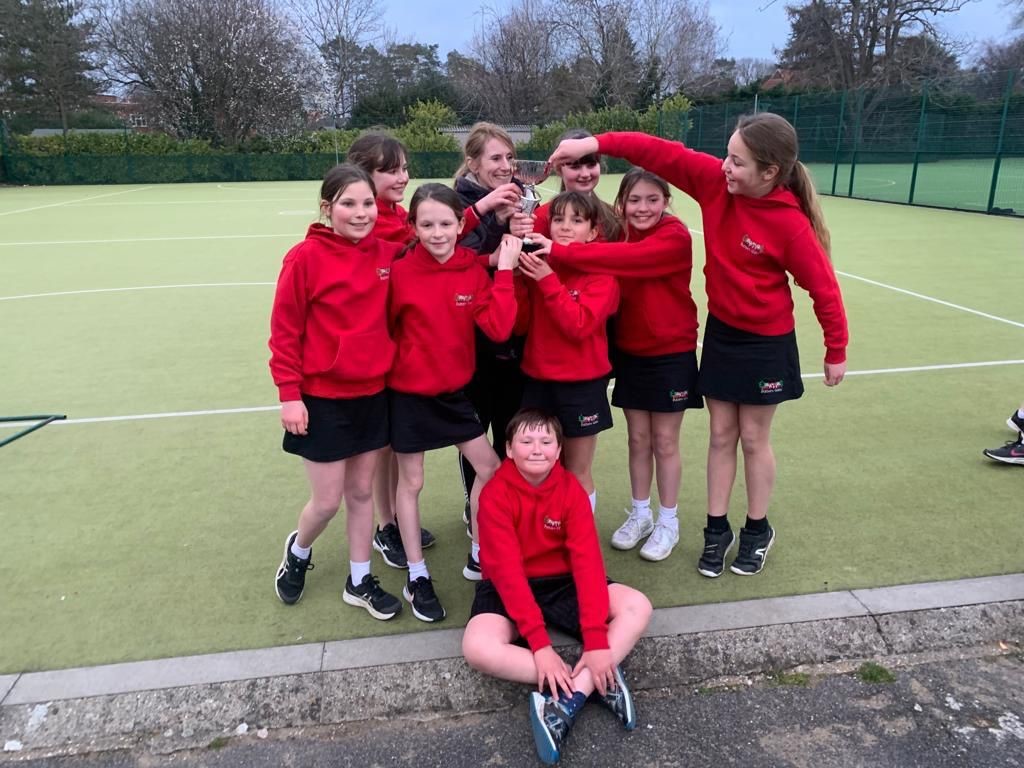 On 3rd March 2022,   children from Yr5 played in their first ever competitive netball tournament held at South Farnham School.  They got to play 3 matches against other schools and despite not winning they enjoyed the experience and gained more confidence each match they played.  Well done to all the children who took part. 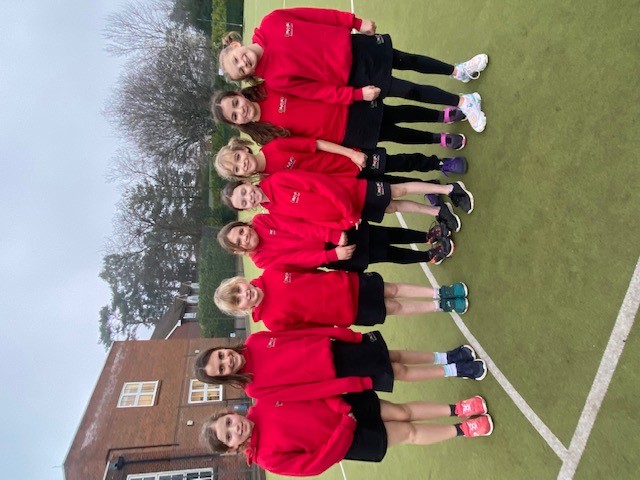 Our Year 5 football team took part in a tournament for local schools at Waverley Abbey School  on 10th March 2022.  They played brilliantly, winning their group stage and getting through to the semi finals, but unfortunately lost on penalties.  Great work everyone! 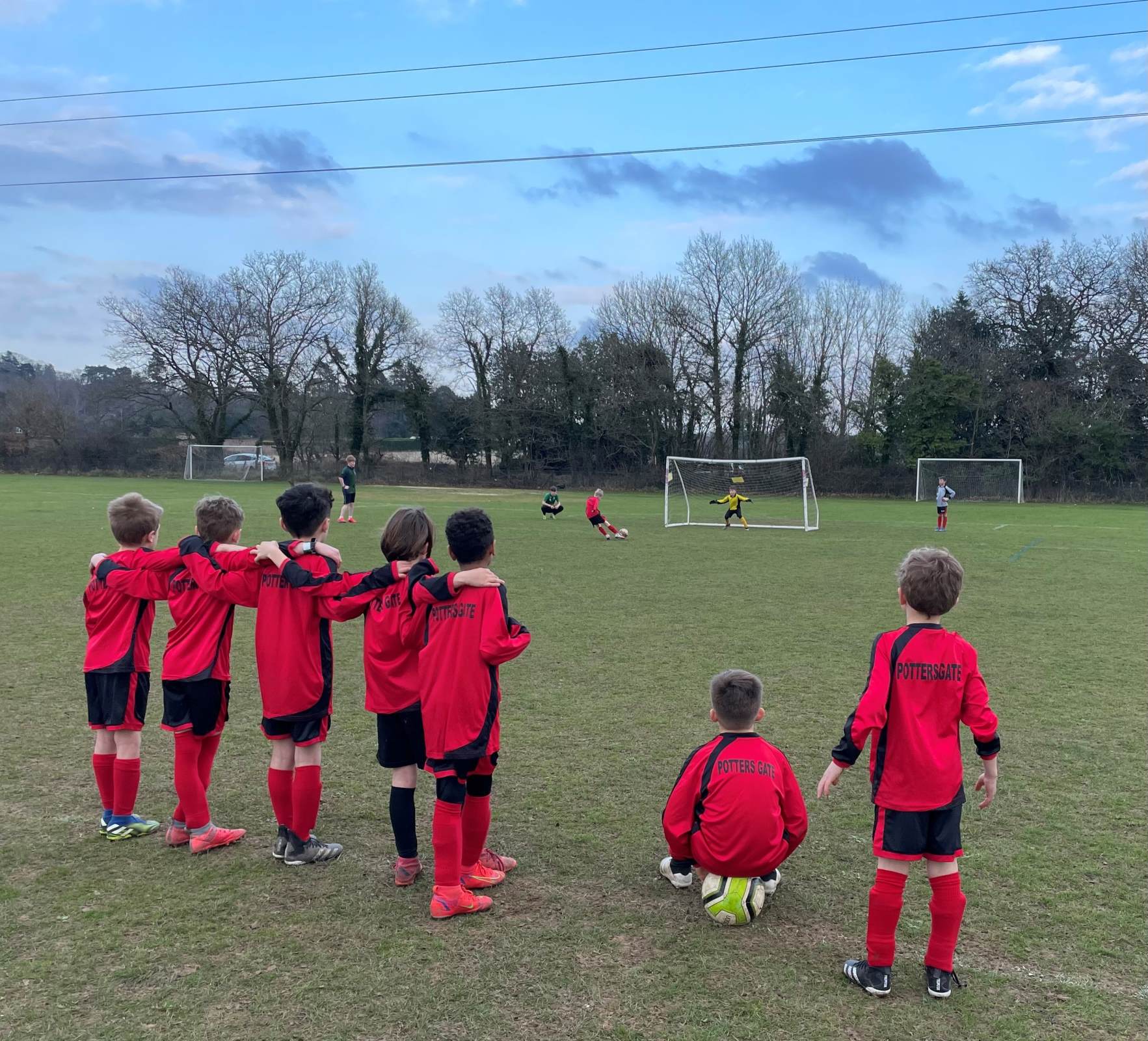 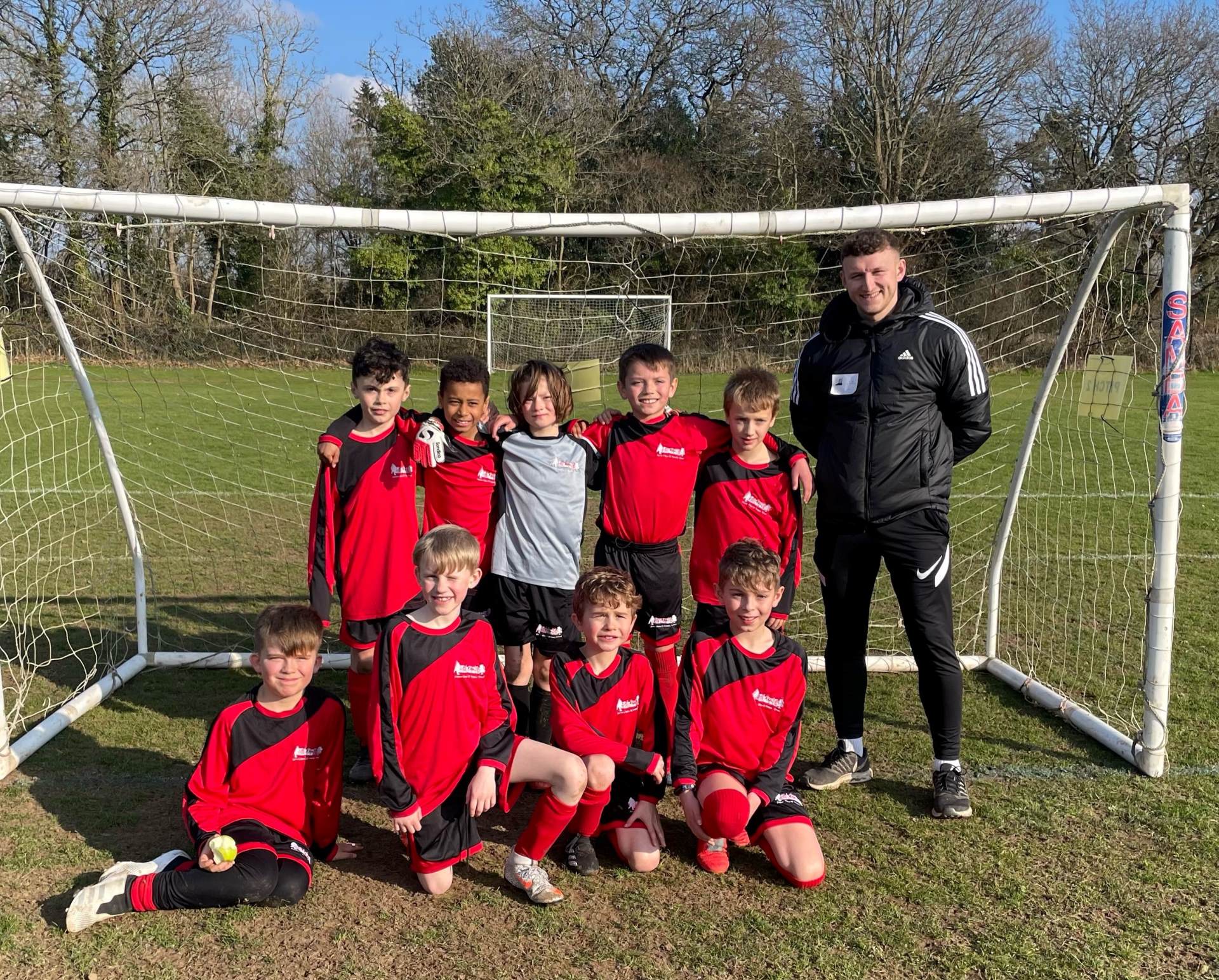 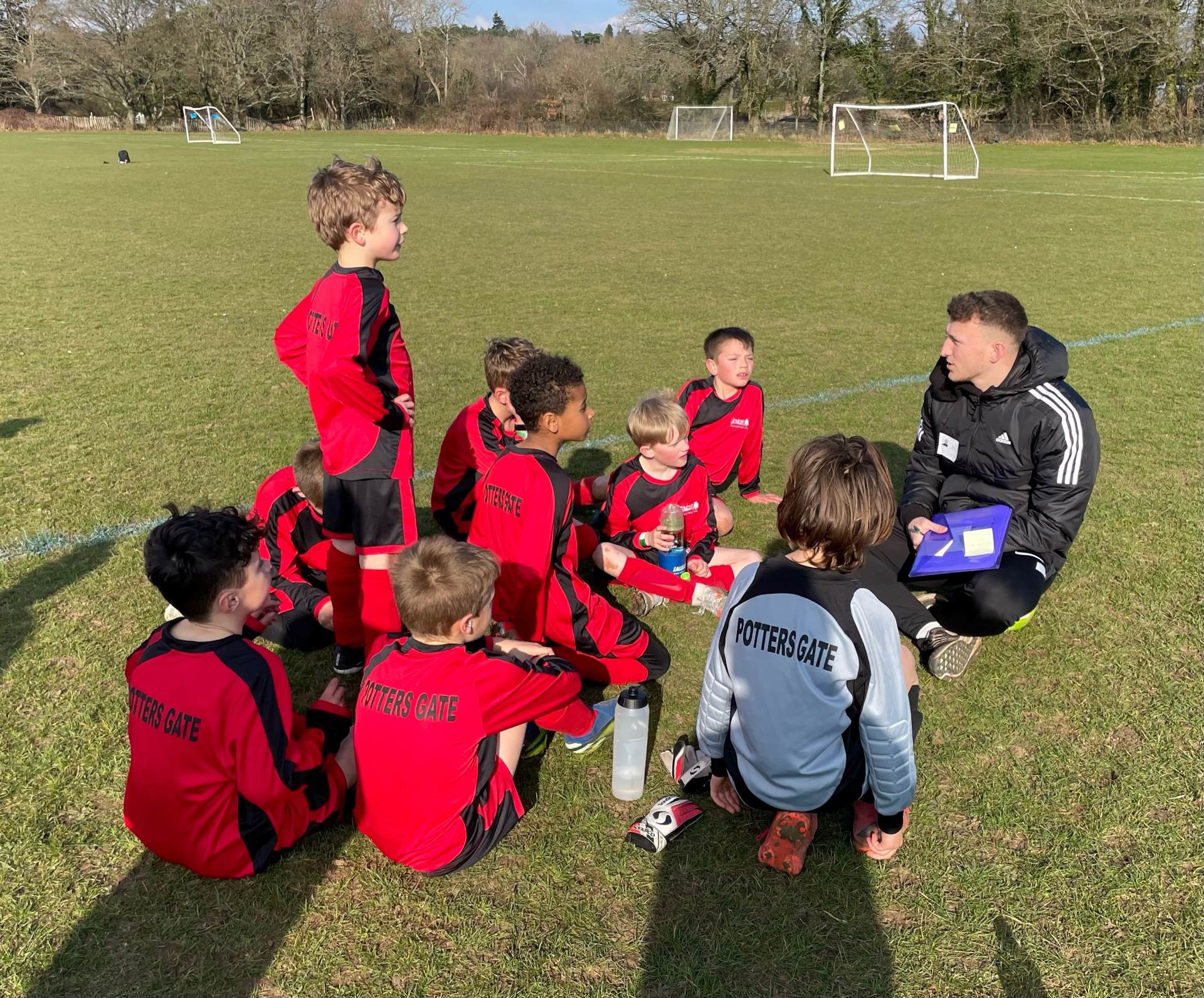 Some of our Year 2 children took part in the 1st Steps to Leadership Sports training in February.

Active Surrey came to Potters Gate and ran the training with us and the children have already had a go at using their leadership skills by teaching some Year 1 games at lunchtime. 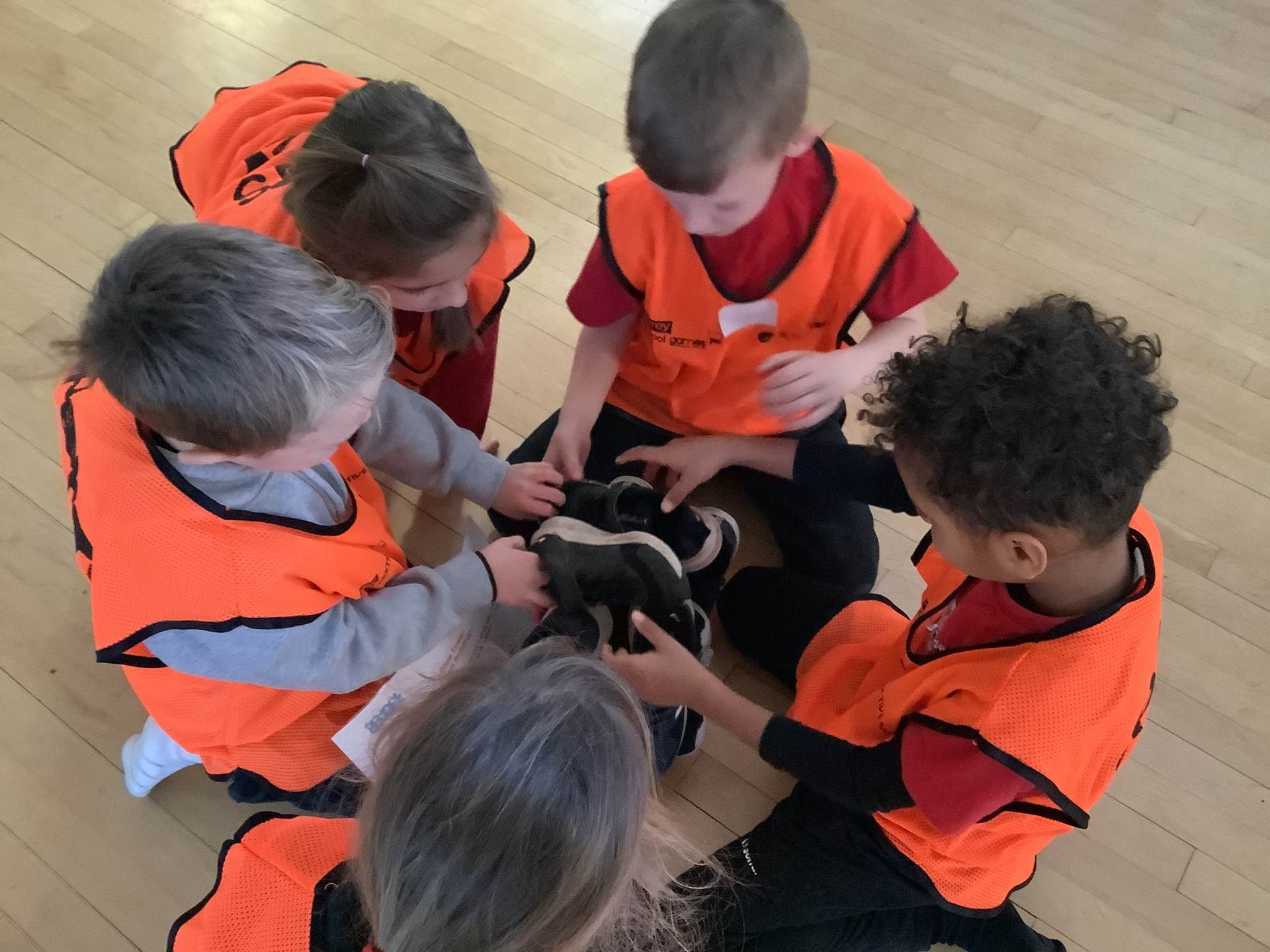 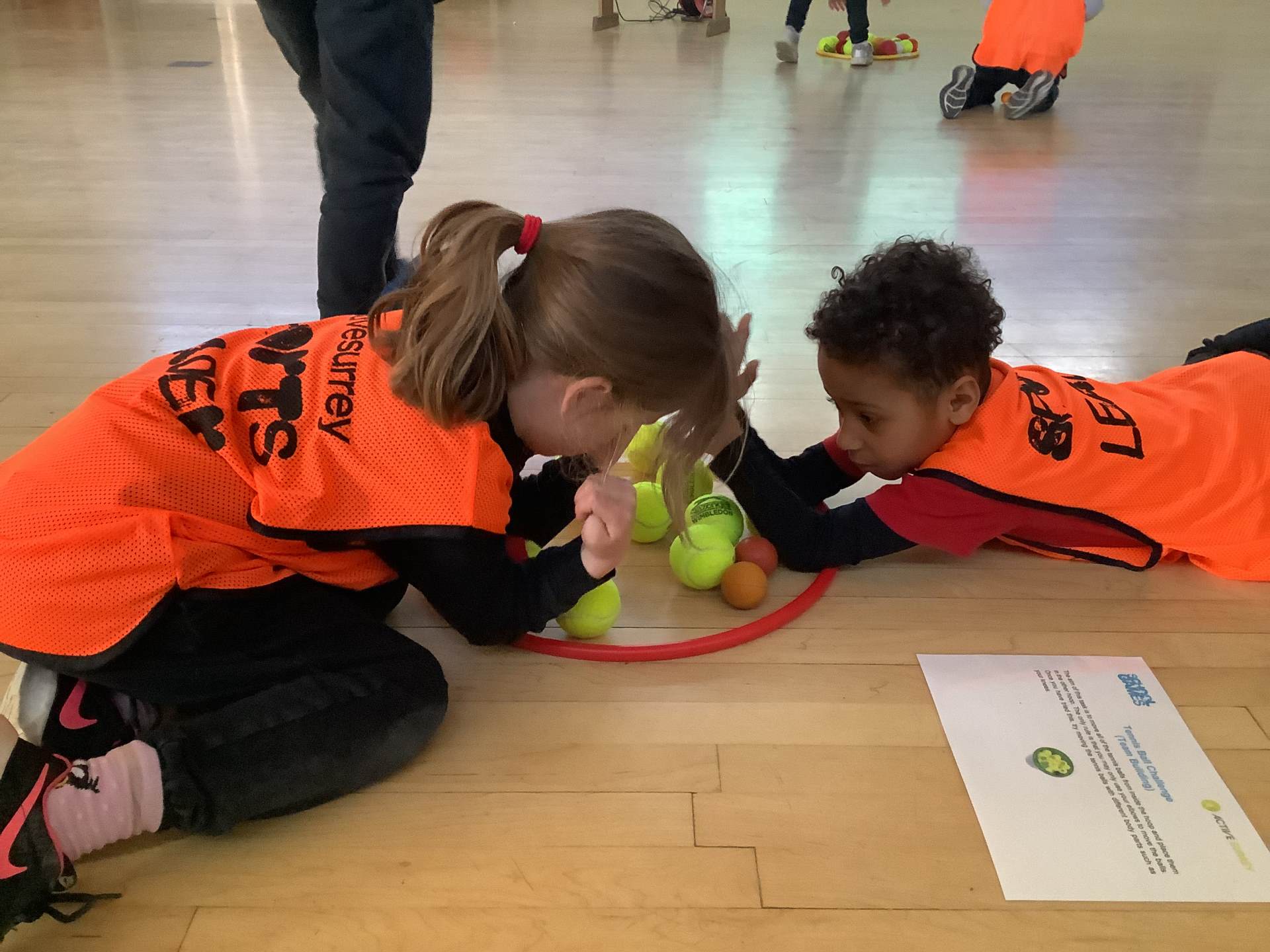 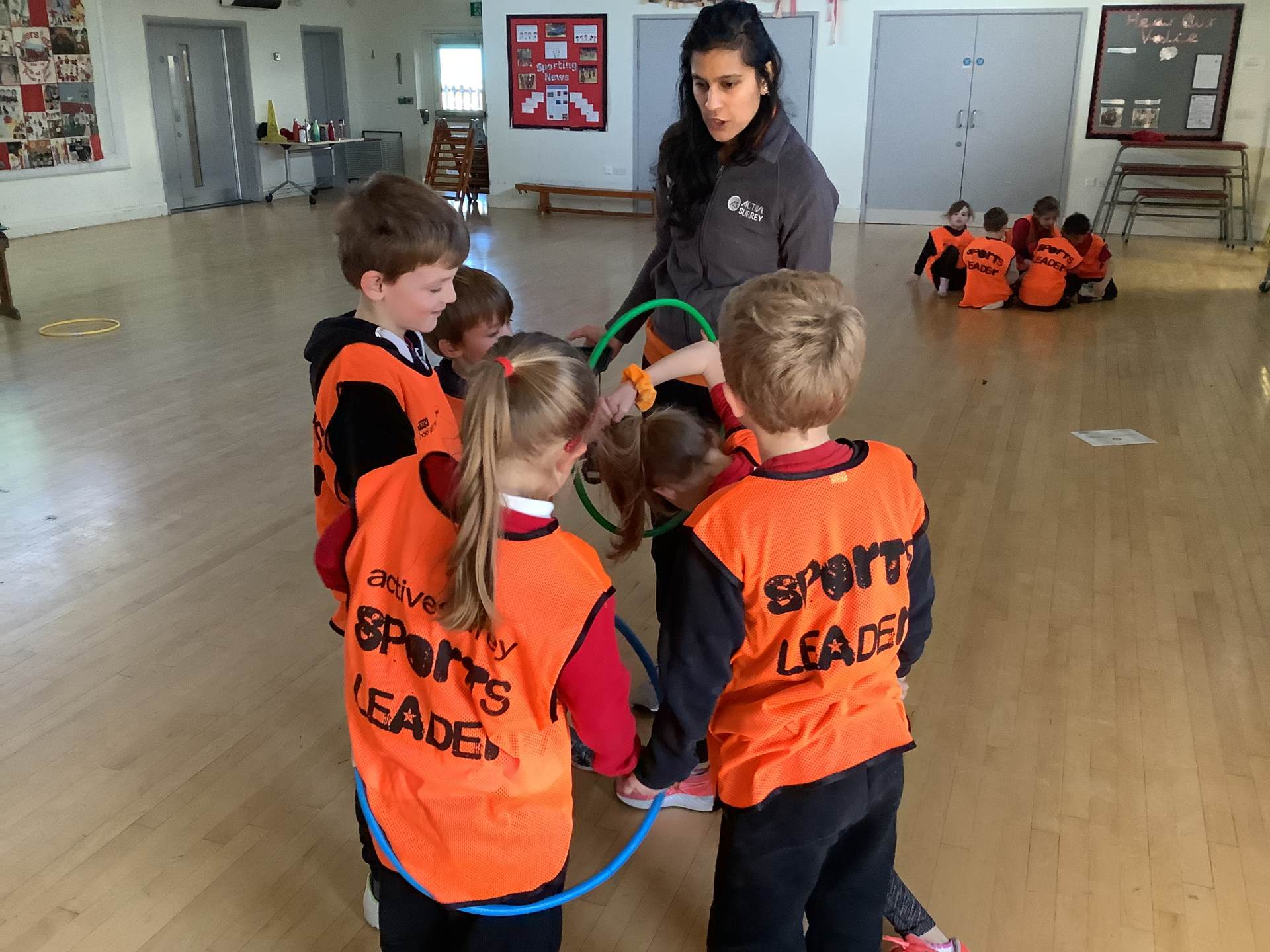 Want to challenge yourself and see where you place against children from all over Surrey? 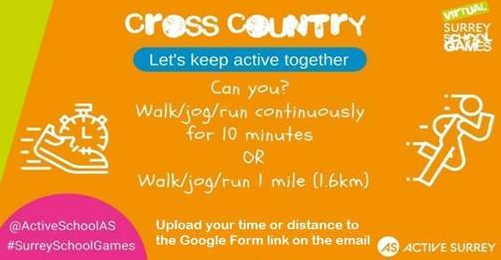 You can access the leaderboard anytime (it auto-updates every time someone enters). There are no other instructions, that’s it. Get up & get active! ?? 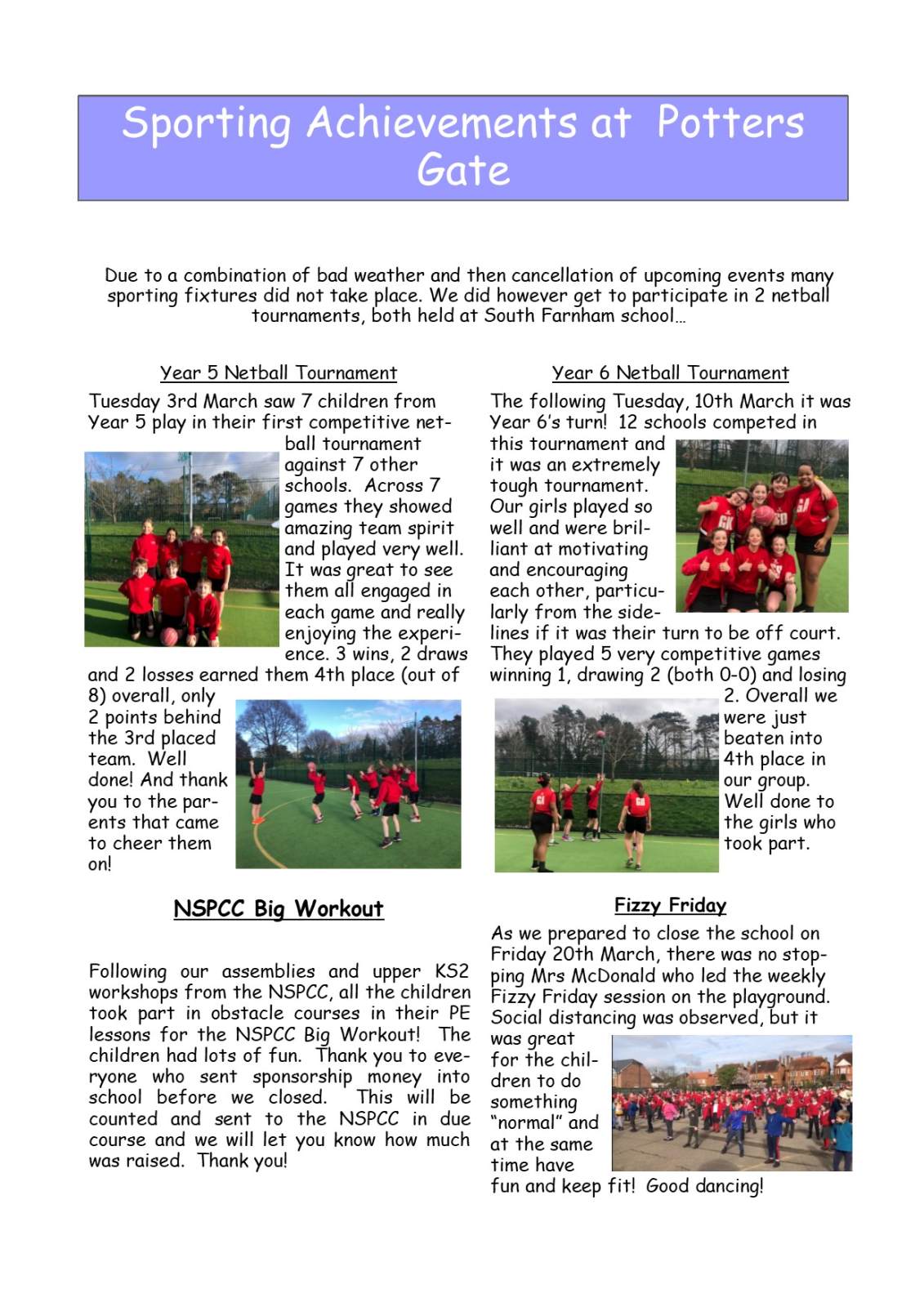 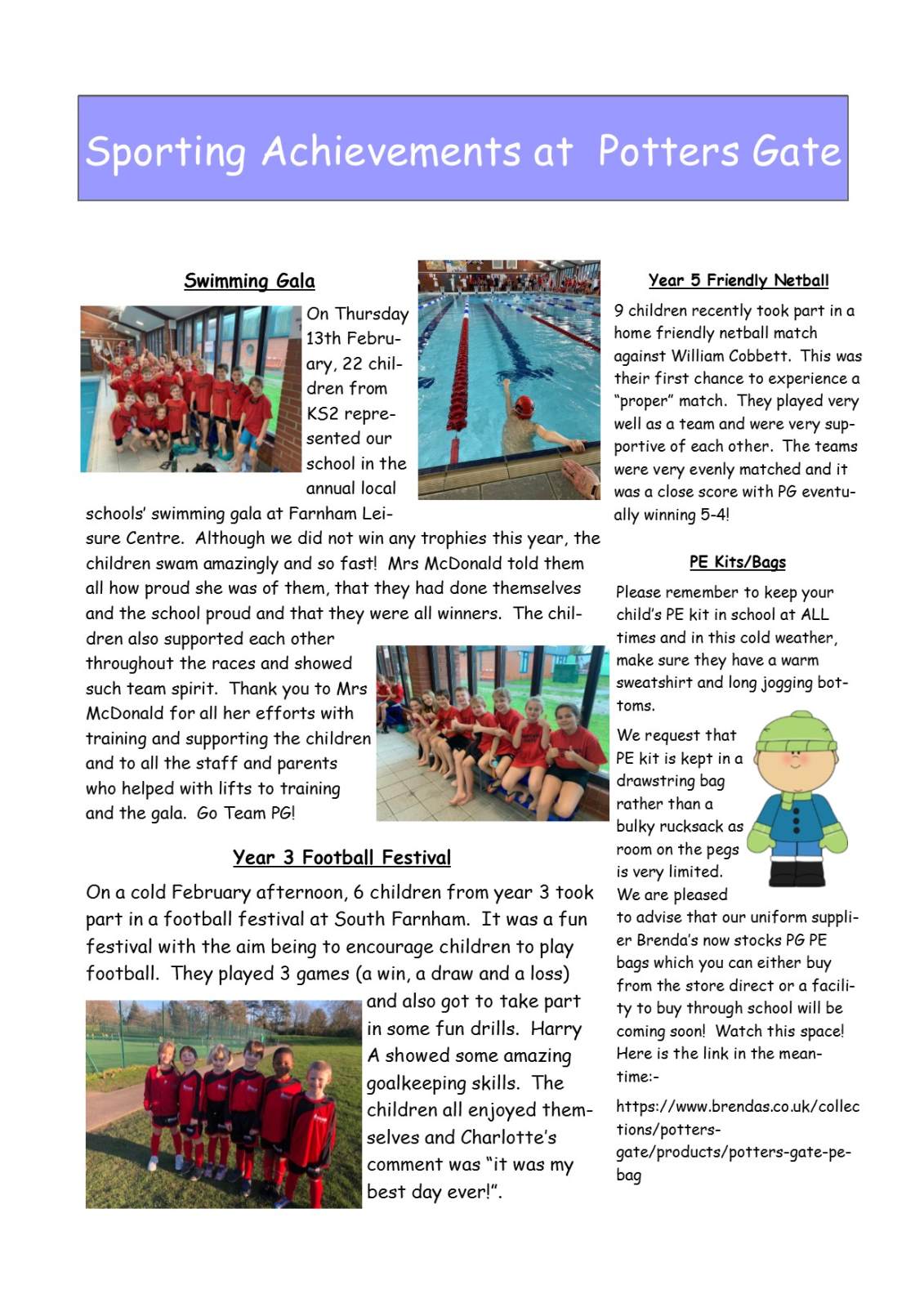 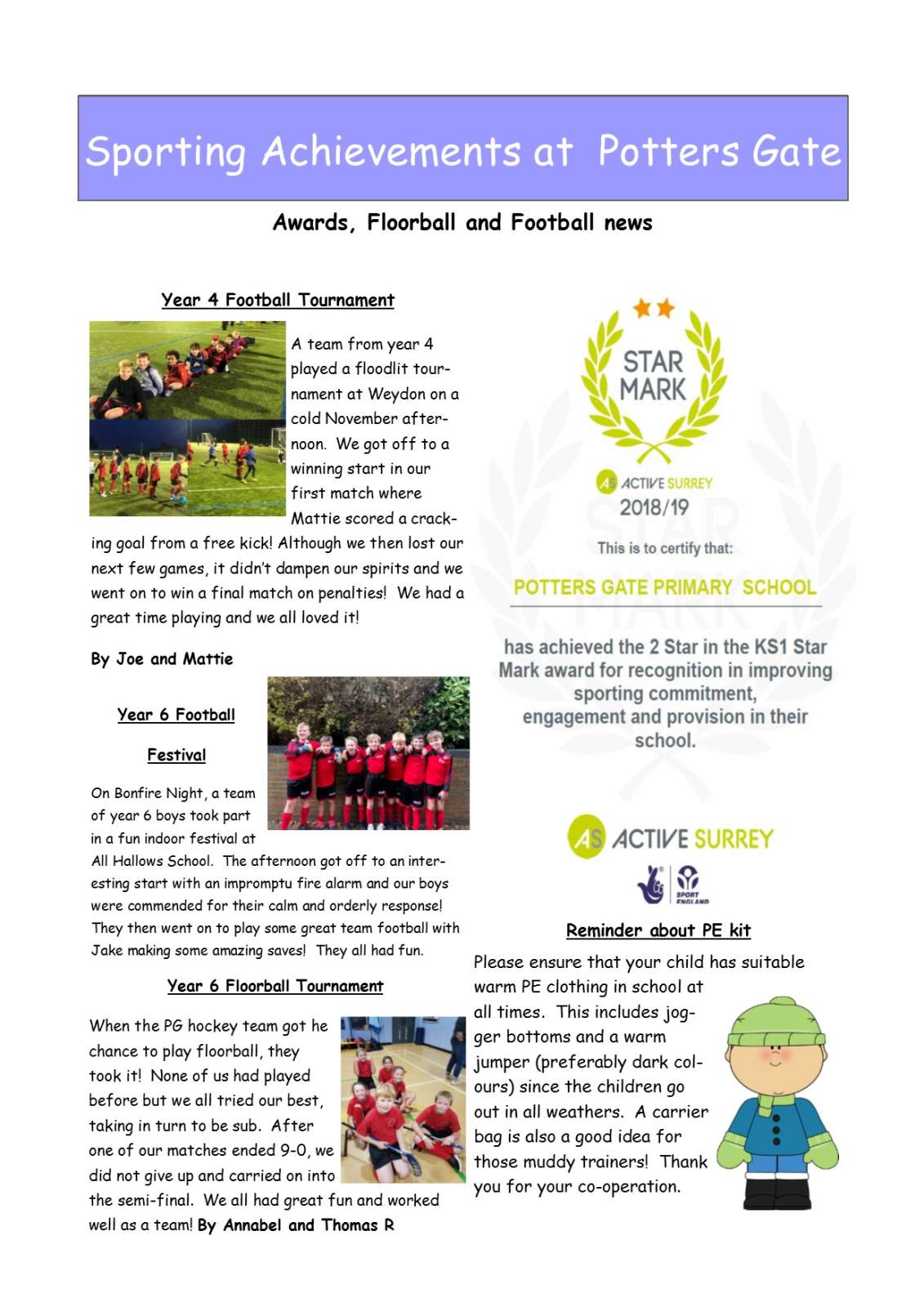 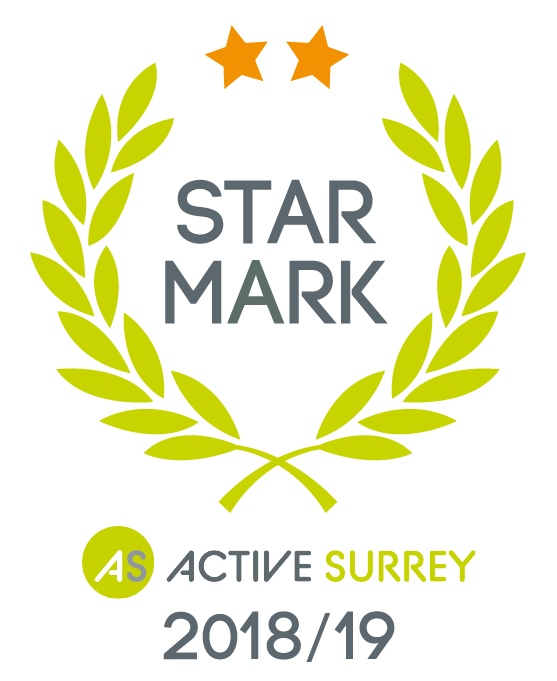 The ‘Active Surrey Star Mark’ allows infant and primary schools to further develop their provision and achieve recognition for their achievements in PE, sport and physical activity.

We are pleased to announce that Potters Gate School was awarded the ‘2 Star Mark’ in recognition of improving our sporting commitment, engagement and provision in Key Stage 1. 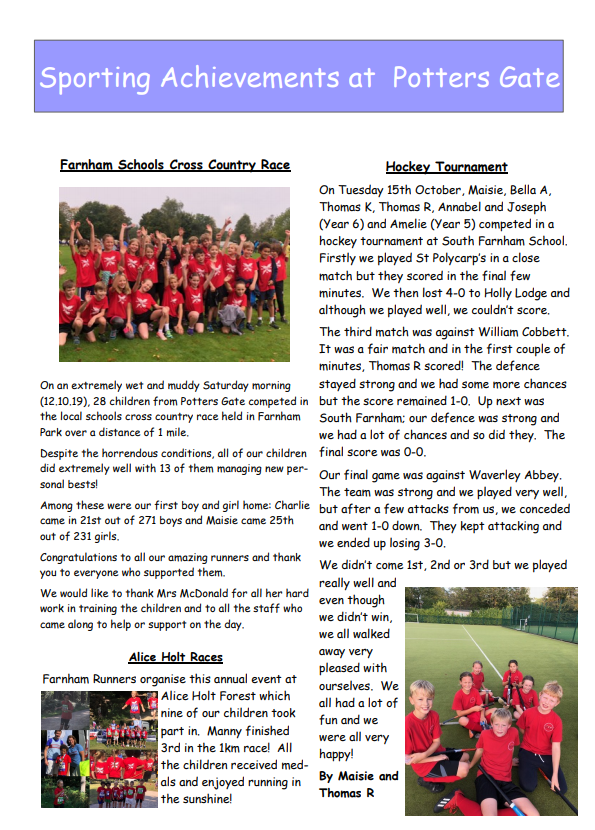